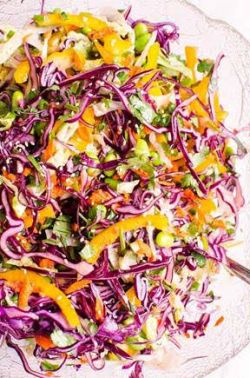 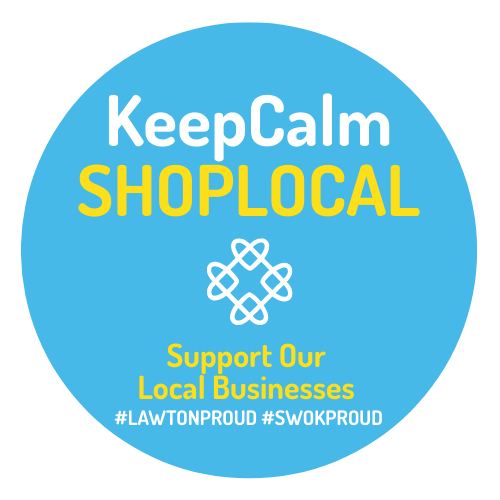 The impact of COVID19 has been felt throughout our community and surrounding areas. The Lawton Fort Sill Chamber of Commerce is calling on our residents to help support our local businesses affected.

Feel free to use this page as a community resource to find local businesses who are offering curbside pickup, take out/delivery, or online gift card ordering.

To help support our small businesses and hospitality industry, please consider ordering for delivery or pick up from a local restaurant or by purchasing a gift card during this time. Be sure to tip the food delivery drivers and take out servers—your support means so much and helps support their livelihood!

Healthy practices are key to combating the virus pandemic. For a full list of resources, please click here. 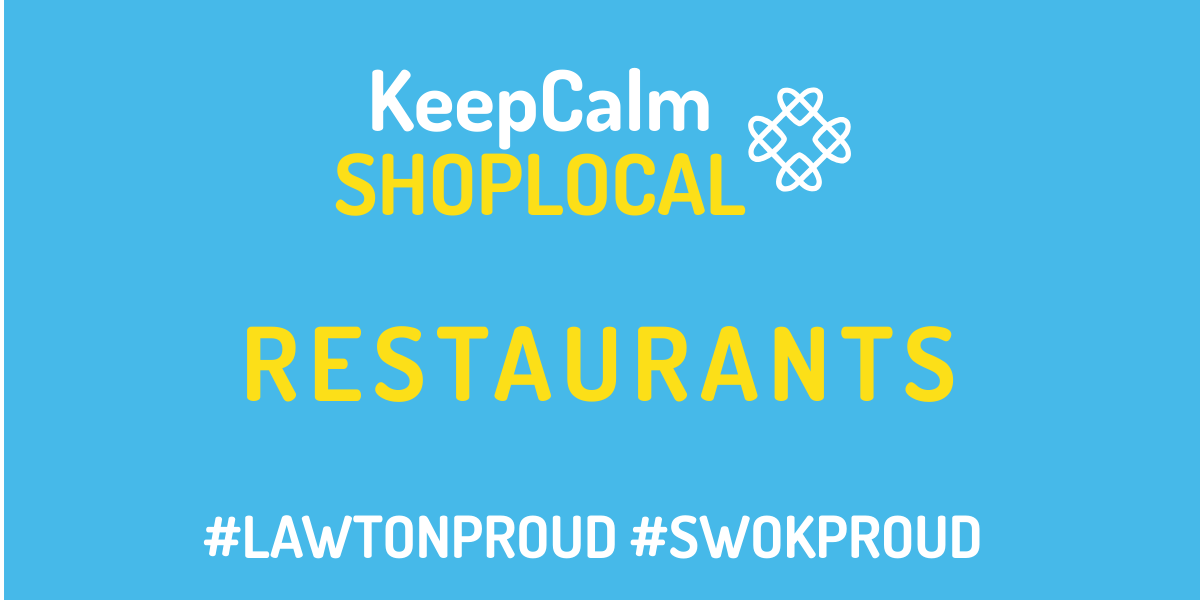 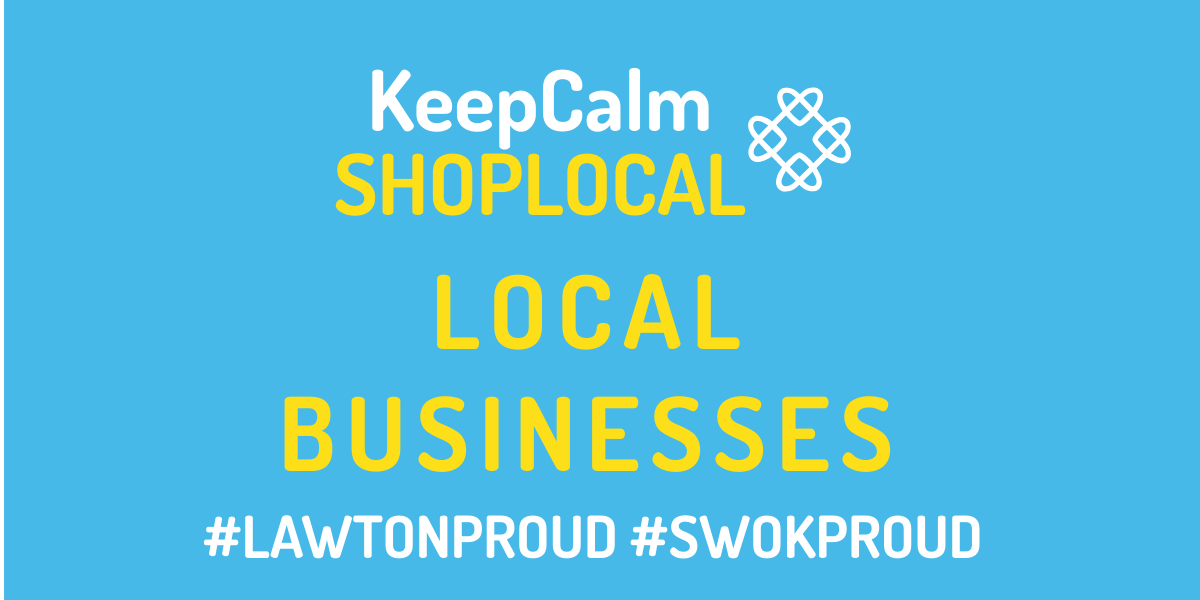 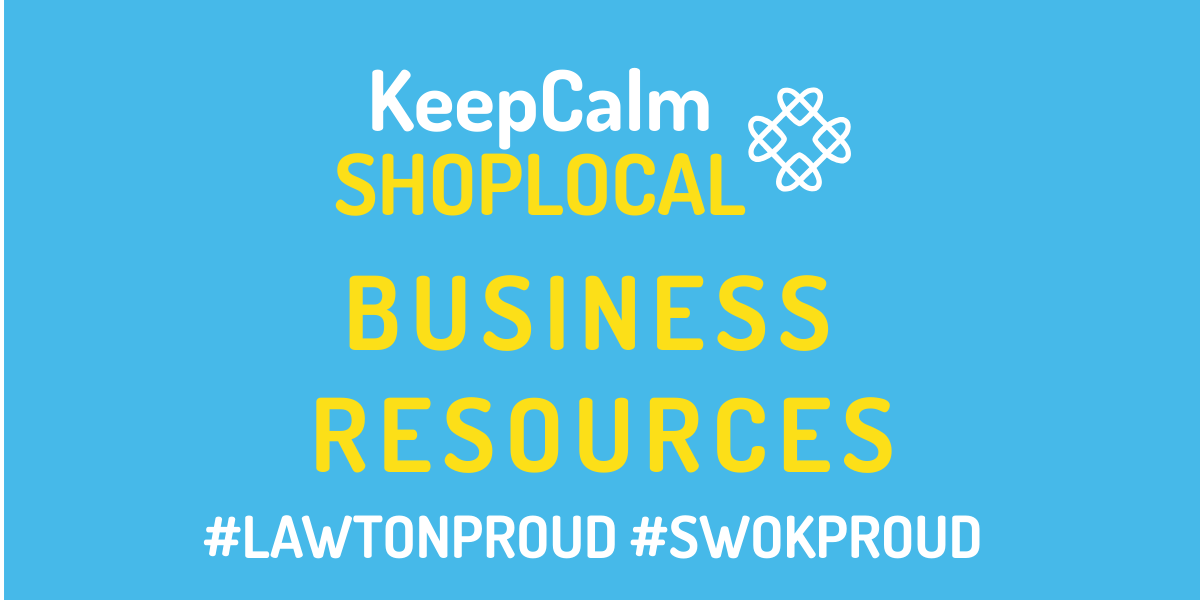 Aid for Small Businesses for Actual or Projected Economic Injury 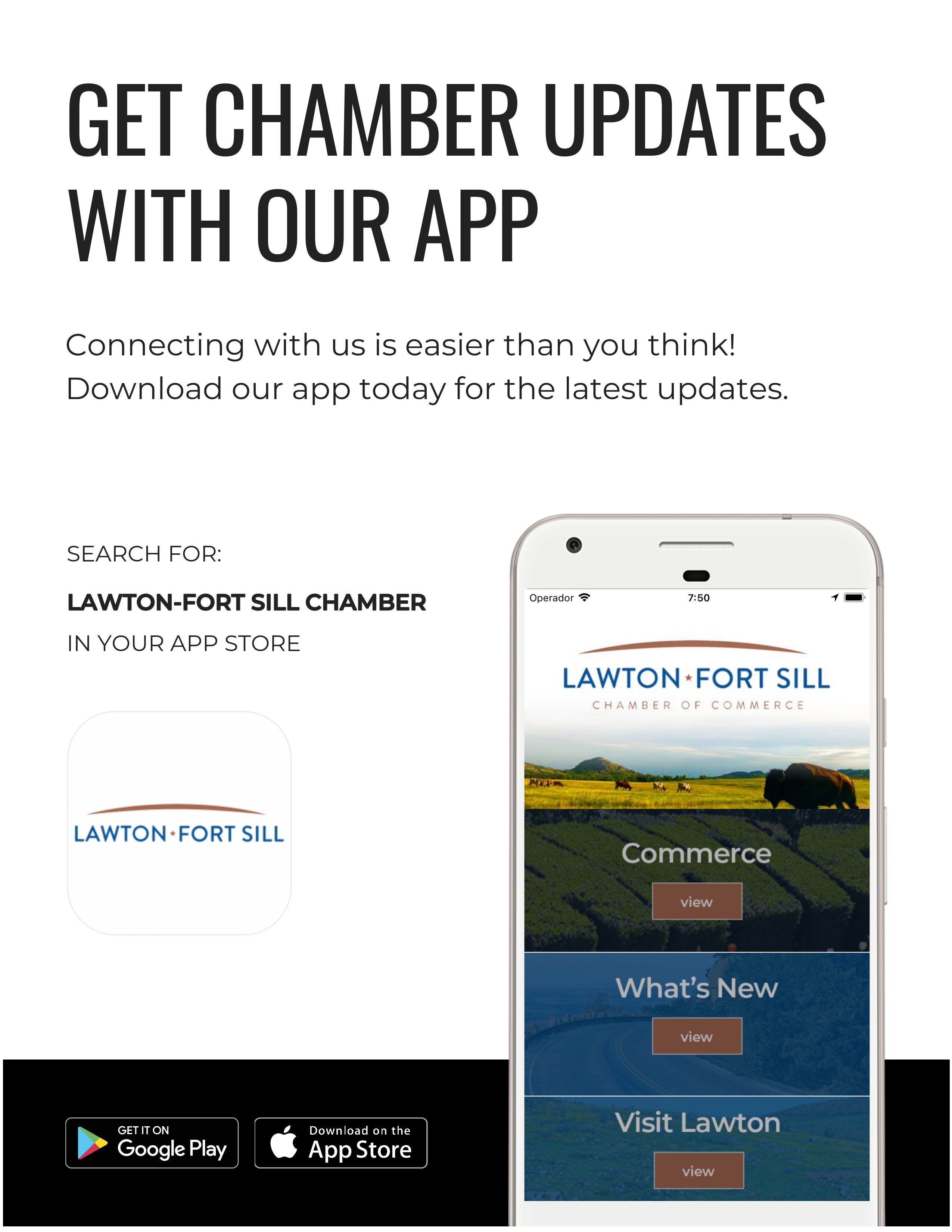 Missed Your Favorite Restaurant or Local Small Business? Post Their Information For FREE Below! 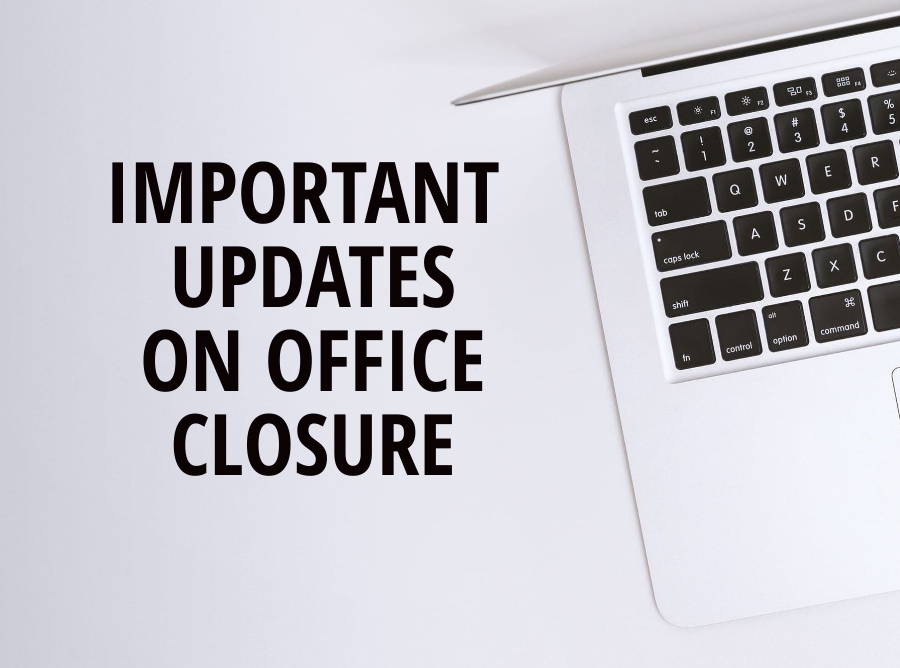 The Chamber office isThe Lawton Fort Sill Chamber of Commerce has reopened its office as of Monday, May 18th to normal business hours.

The office reopening will have limitations, it will remain closed to the public and operating by advance appointment scheduling only. In compliance with safety precautions and social distancing, the office Staff members will be present and can service the needs of the business community. Please watch this page and the Chamber app for new information and opportunities we will announce as they become available. 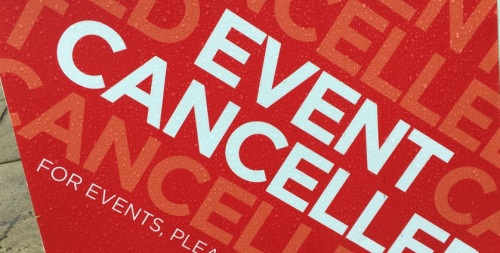 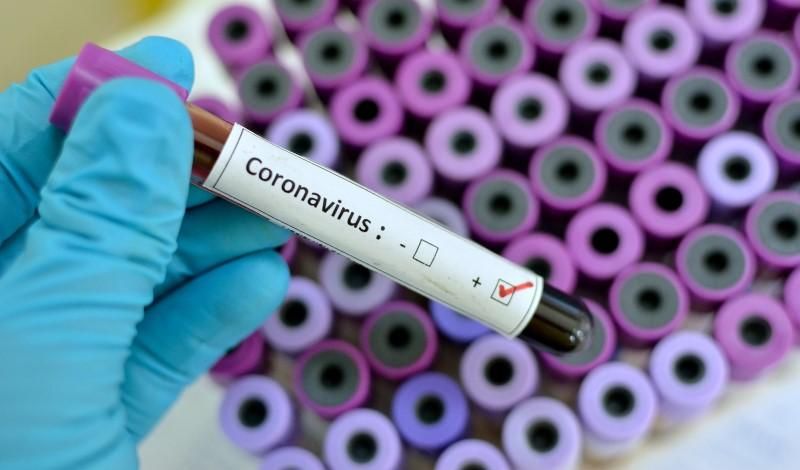 Pandemic Guidance
Interim Guidance for Businesses and Employers to Plan and Respond to Coronavirus Disease 2019 (COVID-19)
Key planning recommendations for Mass Gatherings in the context of the current COVID-19 outbreak: Interim guidance
Understanding the Coronavirus

A weekly look at this impact will be included moving forward. See the full report here.

There are hardship programs in place to help homeowners who have been directly or indirectly affected by the coronavirus and are struggling to make their mortgage payments.

Paid sick leave and FMLA related to COVID-19 are now required for some businesses with under 500 employees. Refundable tax credits will help employers pay for the new, required benefit.

COVID-19 is having a unique impact on certain elements of Oklahoma’s Workforce System. This page will serve as an update on unemployment insurance, American Job Centers, companies hiring, resources, and other workforce needs.

The U.S. Department of Health and Human Services 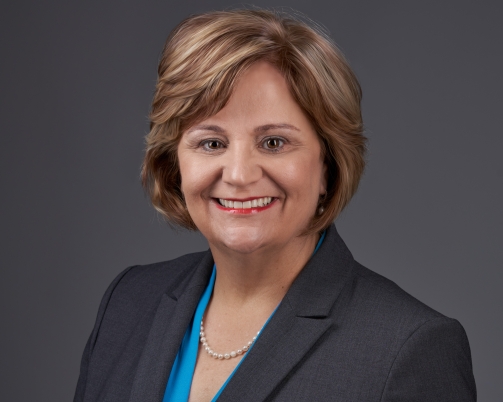 On Friday, we hosted the monthly luncheon, this one was in coordination with the Lawton Arts and Humanities, as they presented their 2019 Cultural Awards.

It was a great luncheon, and several local contributors to the Arts were selected for this prestigious award.   It is a great opportunity to recognize the individual achievements and celebrate the talent, the diversity and the creativity that resides in our community.   It’s a reminder of why we can all be Lawton Proud.

We were also provided the opportunity to help from the Keynote Speaker, Mr. James Glen Henry.   His passion for Arts is certainly recognized and appreciated. Glen as he is referred to in his bio is a champion not just for the Arts, but for Lawton. He moved to Lawton in 1983. He commenced working as the arts coordinator for the Lawton Public Schools until 2001. Later, he served as the State Director of Arts Education at the Oklahoma State Department of Education. After retiring from his state position, he started teaching as an adjunct at Cameron University in the areas of Sculpture, Advanced Sculpture, 3-D Design and Computer Graphic Design.   What a wonderful addition Glenn has been for our community and our state. I share this as I would challenge all of us to consider the impact arts has had on our personal life and our community. We are blessed with incredible talent. We should take every opportunity to celebrate our champions for the arts and celebrate the beauty the arts and humanity has made on our community. Truly, this is one more reason to be Lawton Proud.

If you are interested in attending one of our monthly luncheons, please remember to check out our website at www.lawtonfortsillchamber.com. 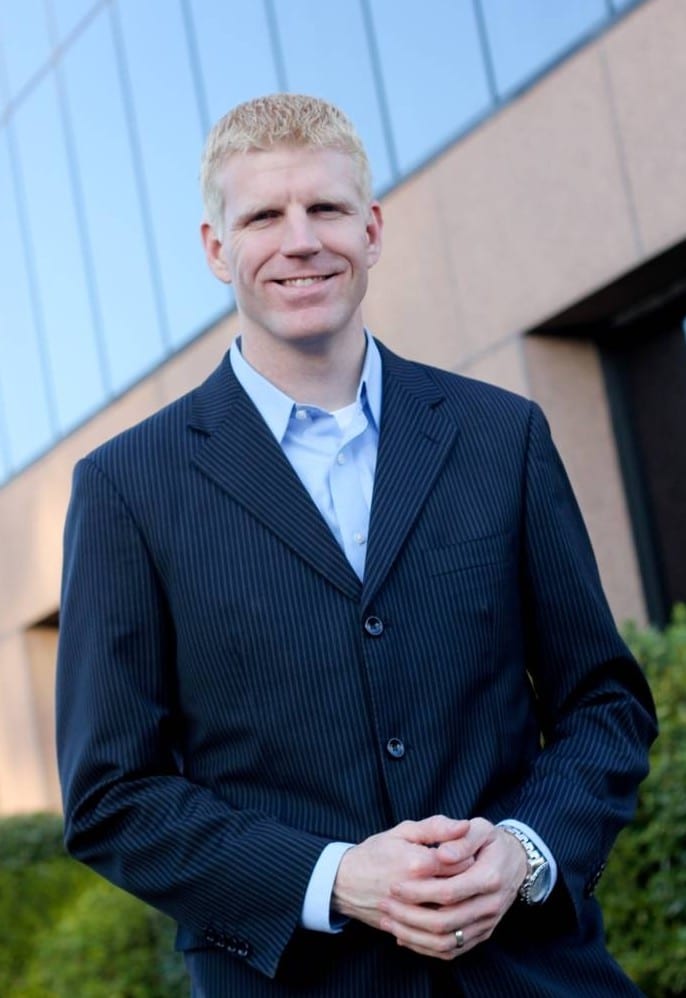 McMullan is the founder and CEO of bfac.com, an international mobile technology company, that focuses on mobile app development & mass texting for businesses and organizations. Today, bfac.com has clients in all 50 states and has 48 U-S states as clients (the actual states themselves are clients of bfac.com) and also the territories of Guam & Puerto Rico. The award-winning technology company is currently used by more than a million people around the world. Some clients include Toyota, Michelin Tires, Ozarka Water, Dell Computers, The Salvation Army, The National Guard, AMR and Goodyear.

McMullan was honored for his business accomplishments by the Business Journal, when he was named to the prestigious "Tech 21" list and was named to the "Top in Tech" list of influential technology leaders. McMullan has also been named the Executive of the Year by the Madison County Chamber of Commerce. McMullan has also recently been selected by Harvard Business School, to participate in a special continuing education program on technology.

Before entering the business world and the speaking circuit, McMullan was known by many as an Award Winning Broadcast Journalist. McMullan won two Emmy Awards and has five Emmy nominations to his credit.  He also has won the prestigious Edward R. Murrow Award and received multiple honors from the Associated Press.

STATE OF COMMUNICATION IS ON THURSDAY, MARCH 12TH AT THE LAWTON COUNTRY CLUB 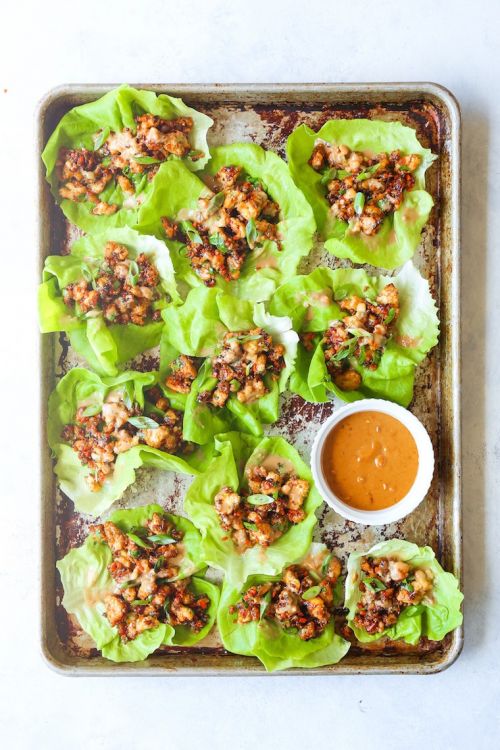 FOR THE PEANUT SAUCE 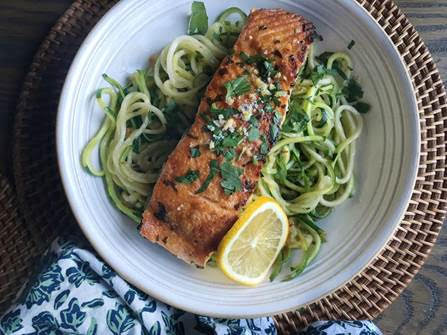 1 lemon, zested and sliced into wheels 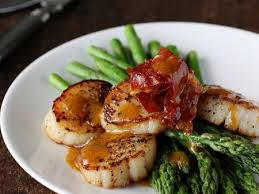 Cook the asparagus in a large sauce-pan of boiling salted water until tender, about 8 minutes. Using tongs, transfer the asparagus to a colander and leave the pan of water simmering on the stove.

Melt 1 tablespoon of the butter in a large skillet. Add the prosciutto and cook over low heat until crisp, about 4 minutes. Transfer the prosciutto to a plate.

Melt 2 tablespoons of the butter in the skillet. Add the scallops, season with salt and pepper and cook over moderately high heat until browned, about 2 minutes per side. Transfer the scallops to a plate.

Add the lemon zest to the skillet and cook over moderate heat until browned, about 1 minute. Add the lemon juice and simmer for 10 seconds. Add the stock and simmer, scraping the bottom of the skillet, until reduced to a rich glaze, about 3 minutes. Swirl in the remaining 1/2 tablespoon of butter. Return the scallops, along with any juices, to the skillet and cook over low heat until heated through.

Return the asparagus to the simmering water to heat through. Season the sauce with salt and pepper. Using tongs, transfer the asparagus to a large platter and spoon the scallops and sauce over it. Top with the fried prosciutto and serve.